Texas Association of Realtors assembles as much data as is possible to report why a transaction occurs. In addition, U-Haul reports on one-way rentals to indicate destination cities. All this data confirms what most of us already know. Since 2014 more than half-million transactions have been with a buyer from out of state. Metropolitan areas have a strong hold on the mass influx of new residents. However, the data does not consider the domino effects. While rural Texas has received a measurable out-of-state increase, we feel the transition from metro residents coming to the country to escape the rapid city growth. 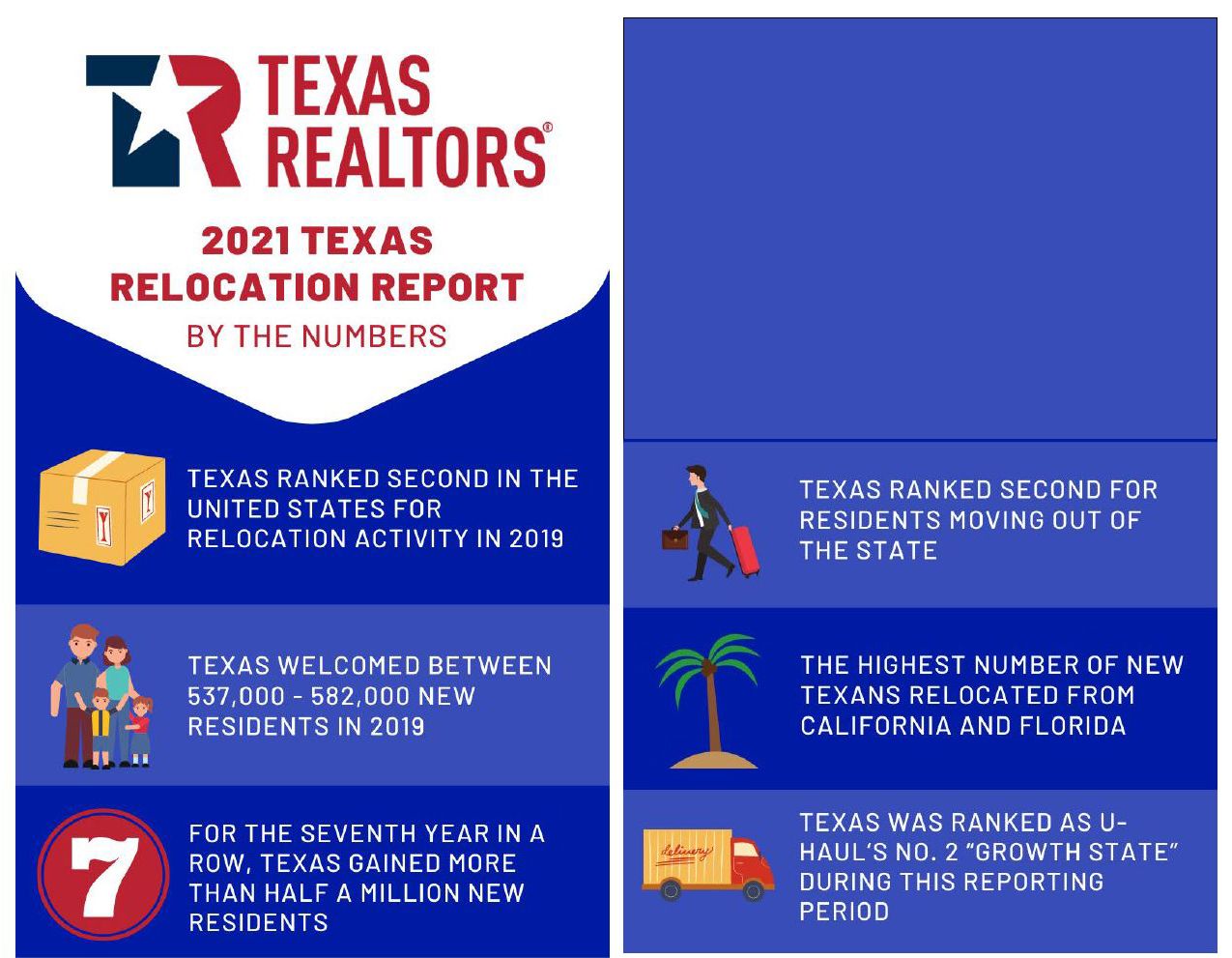 Statewide TAR and U-Haul state the primary states people move to Texas from: California, Florida, Louisiana. Our rural data indicate a similar trend with California still being among the leaders, but Arizona and Colorado move up the ranks. The common interest in our area with these states make this a reasonable transition. We see many prospects searching for property in our region of rural Texas to be looking for small acreage and possibly equestrian facilities. 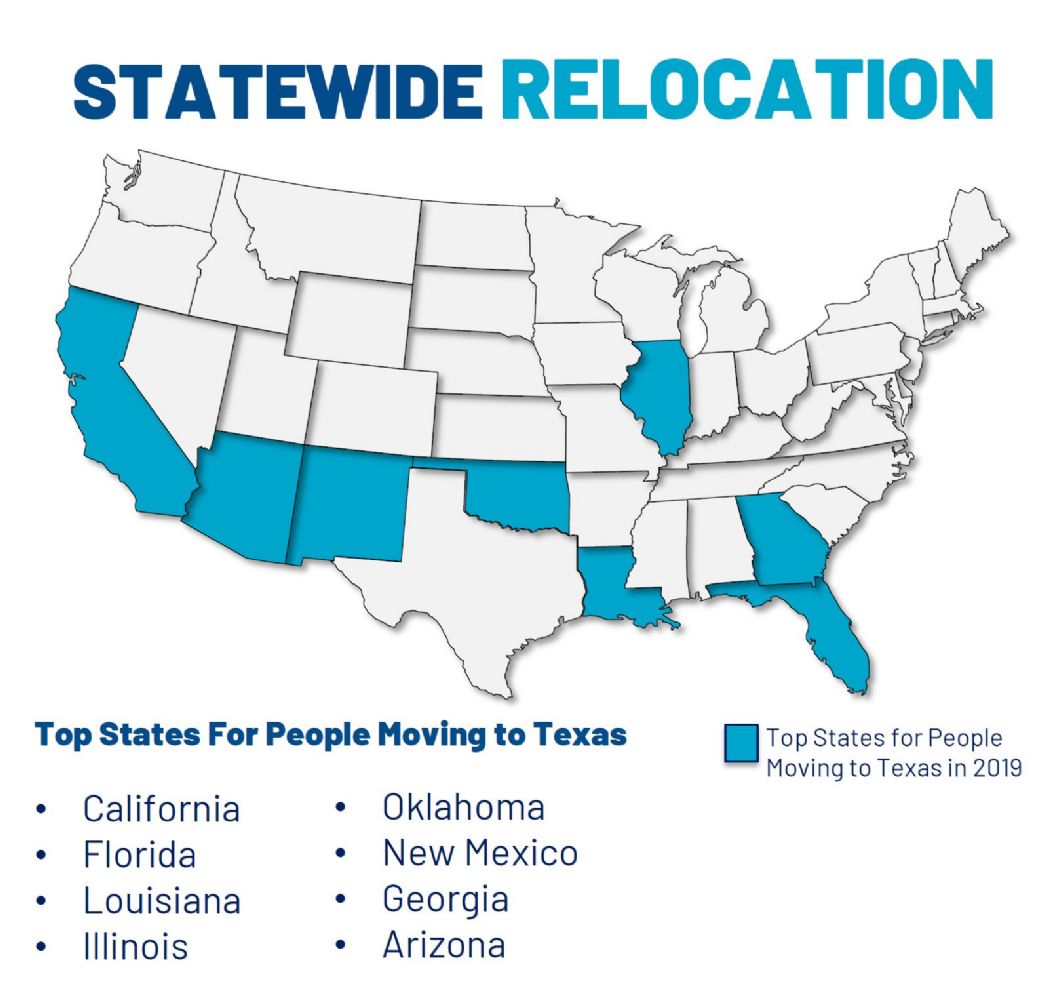 We selfishly think everyone wants to get to Texas as quick as possible, however, for many reasons over 400,000 moved out of Texas annually. Leaving the approximate net gain of 100,000 seeking new housing in Texas. TAR and U-Haul report Texans moved to California, Colorado, and Oklahoma, among others. 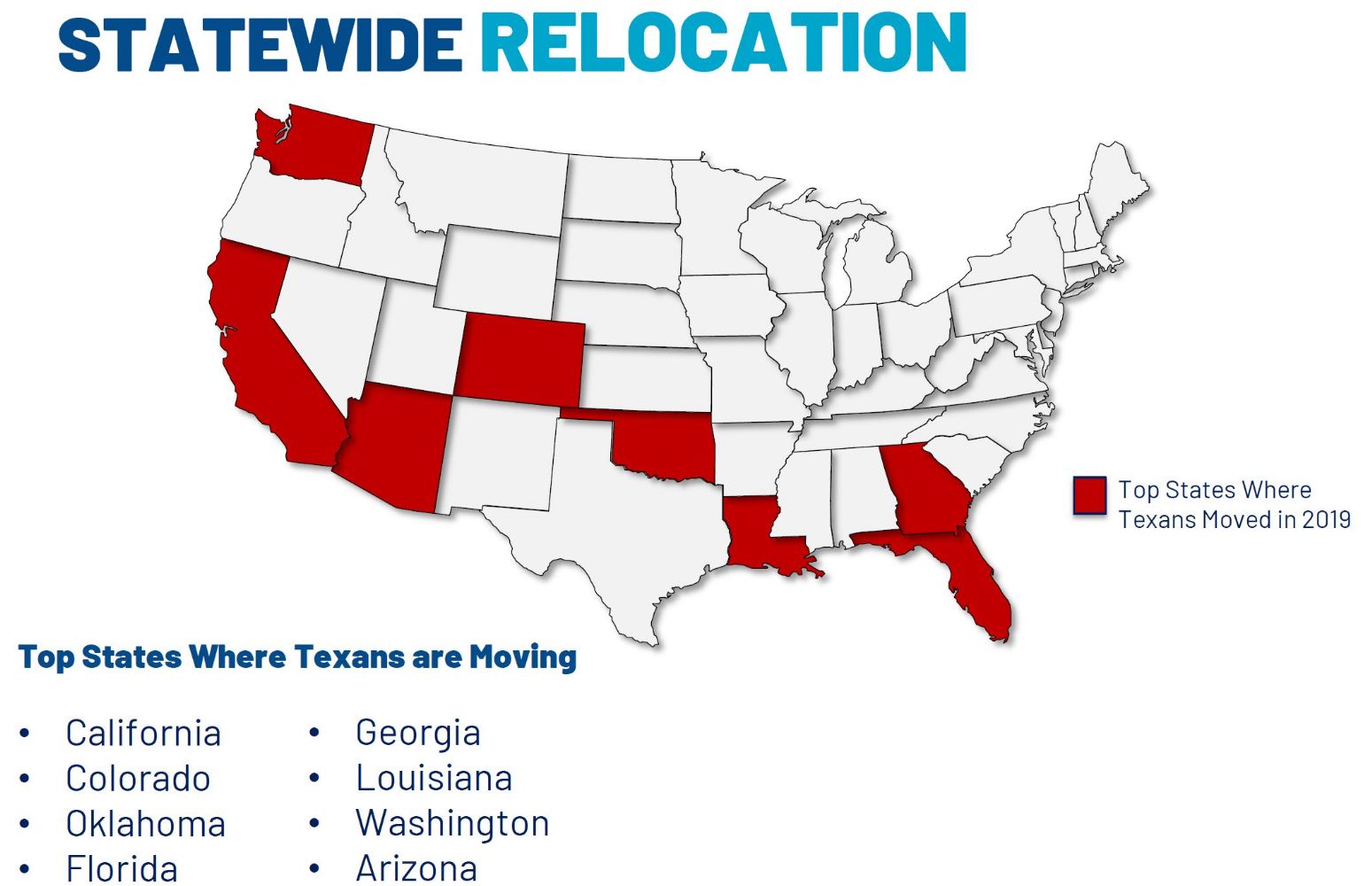 We speculate much of the migration is because of increase job opportunities. We also see many moving here to retire and seek to buy more for less. Property prices seem to be increasing with this demand. 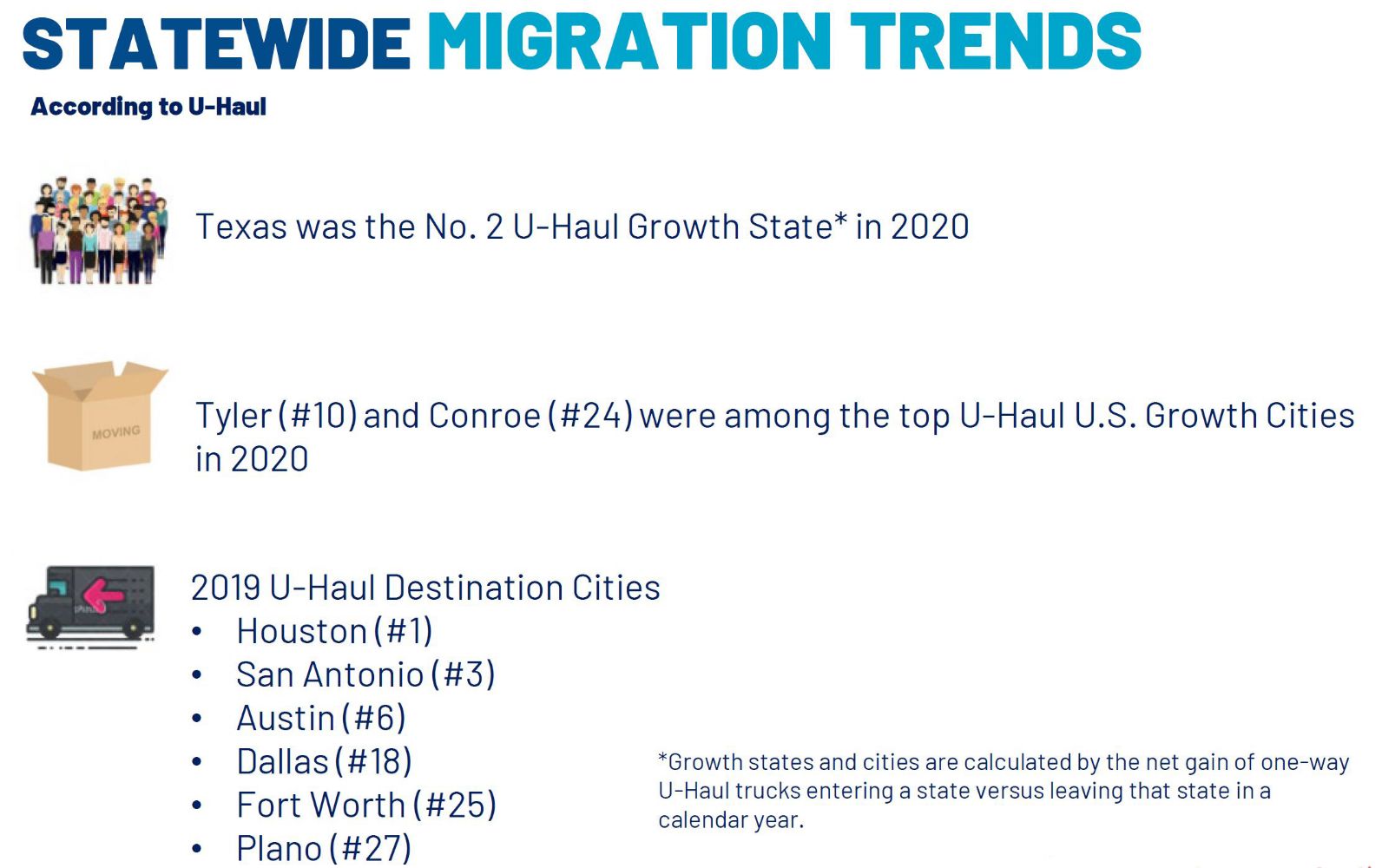